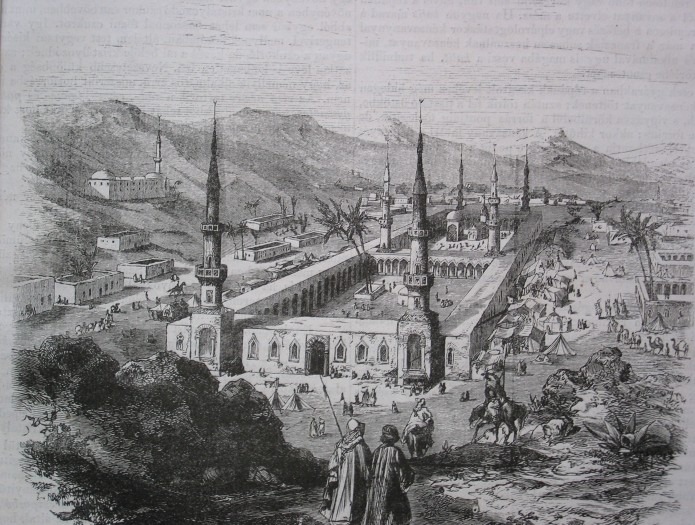 Is it true that there is a hadith from the Holy Prophet(s) that he said that there will be 12 caliphs or rulers after him? If it does exist, is it authentic, and does it exist in both Shia and Sunni books of narration?

Please provide me with some of the main Sunni references if possible. Also, what do Sunni Muslims say about this hadith if it exists in their books?

The famous Prophetic narrations of ’12 Caliphs’ or ’12 Emirs’ are mentioned in many books of Hadith including Sahih Bukhari and Sahih Muslim:

Jaber Ibn Samorah said I went to the Prophet (P) and I heard him saying: “There will be 12 Emirs”- then the Prophet (P) said something that I did not hear so I asked my father about it and he said, the Prophet (P) added: “they are all from Qoraysh.” (Bukhari, Hadith No. 7222).

Jaber Ibn Samorah said I went to the Prophet (P) and I heard him saying: “Indeed this matter will not be completed until there will be 12 Caliphs amongst them.” He then added something softly that I did not hear, so I asked my father about it who said: The Prophet (P) said: “They are all from Qoraysh.” (Muslim, Hadith No. 1821, Book of leadership).

The above narration has been one of the most mysterious narrations for Sunni scholars. Al-Nawawi; the most famous interpreter of Sahih Muslim, who while quoting from many scholars regarding the meaning of the abovementioned Hadith, quotes from al-Qadi A’yadh who suggested:

“And it is possible that it is meant for those just people who deserve the Caliphate, and some of them who are known have already passed and the rest must come before the Resurrection Day.” (Sharh Muslim vol.12 p.202)

“This Hadith is a glad tiding that there will be 12 righteous Caliphs (after the holy Prophet), who will establish truth and justice. However, it does not necessarily mean they should lead one after the other! Thus among them it could be undoubtedly Omar Ibn Abdul-Aziz, and some of the Abbasid kings! (In any event), the Resurrection Day will not happen until they (the 12 Caliphs) undoubtedly rule. And apparently al-Mahdi; whose glad tiding has been mentioned in many narrations is one of them!” (Tafsir Ibn Katheer, vol.3, p.65).

Ibn Hajar; the author of Fathul-Bari, whose book is celebrated as one of the best interpretations of Sahih Bukhari, while quoting from al-Mohallab says:

“I have researched for long to understand this Hadith and referred to many references and made much enquiries about it, yet I did not meet anyone who could understand it.” (Kashful-Majhool, vol.1 p.449)

“Among them (scholars) are those like Abi-Bakr Bin Arabi who said: “I do not understand the meaning of the Hadith!” (Menhaju-Sunna, vol. 8 p.173)

Are Bani Umayyad from the tribe of Qoraysh?

In an attempt to complete the number 12, many of the Sunni scholars insist on including some of the Umayyad kings.

This argument is very futile for many reasons:

1. The Umayyad kings were more than twenty!

– Umayya; the grandfather of the Umayyads, was an adopted child of Abd-Sham, not a biological child. Imam Ali (a.s), in one of his letters to Mo’awiyah with reference to this fact writes:

When Imam Ali (a.s) heard that his opponents claimed the caliphate with the excuse that they are from Quraysh he said: “How strange! They referred to the tree but ignored its fruit!”  (Bani-Hashim is a branch of Quraysh.)

The Twelve Caliphs or Emirs are the Twelve Imams of Ahlul-Bayt (a.s)

There is no sect in Islam other than us, the Twelvers (Shi’a), who by the Grace of God believe in twelve leaders after the holy Prophet (P), all of whom are from his Noble Family. Thus, the Prophetic Hadith that the renowned Sunni scholars could not make any meaning of, is so well understood, even by our children.

Peace be upon them all.

Note how the holy Prophet (P) in his famous Hadith of Thaqalayn has referred to his noble family as one of the two types of Caliphs he has left behind:

Zaid Ibn Thabit narrated from the Messenger of Allah (P): “Surely, I leave behind two Caliphs for you: the Book of Allah, a linked rope between heaven and earth, and my noble family, and truly these two will not be separated until they return to me at the Pool (of Kauthar).” (Kanzul-Ummal, vol. 1, p.44).