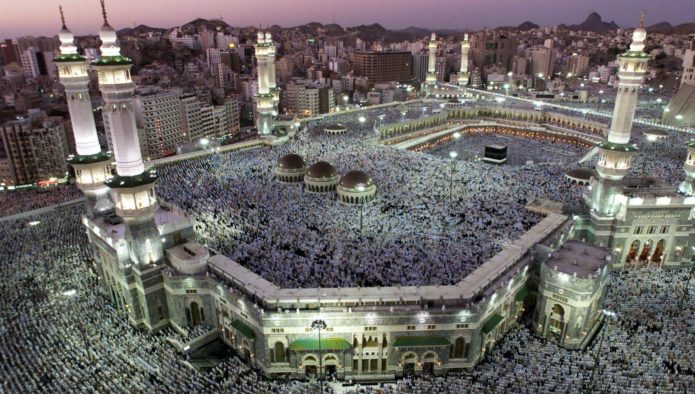 1. Al-Masoudi; the famous historian narrated that all the previous Prophets had successors. Seth succeeded Adam, Ishmael succeeded Abraham, Joseph succeeded Jacob, Aaron and then Joshua succeeded Moses. Simon succeeded Jesus. Who succeeded the Prophet Muhammad in the matter of leading and guiding the Ummah after the demise of the Prophet (P)?

2. It is an indisputable fact that Abu-Bakr appointed Omar to succeed him (Sahih Muslim p.1455), and so did Omar for Othman although indirectly. Similarly, Mo’awiya appointed his vicious son; Yazid, out of his concern for the Ummah of the Prophet (P)! Then is it possible that the Prophet of Islam (P) had no concern about the future of his Ummah?!

3. Whenever the Prophet (P) left Madina he used to appoint someone to be in charge of the affairs of Muslims. For instance, He appointed Imam Ali (a.s) when he left Madina for the Battle of Tabouk ((Bukhari 4:1602). He was also appointing leaders for different tribes and towns such as Ta’ef, Yemen, etc. Is it possible that he did not appoint any leader for the Ummah to succeed him after his demise?!

Surely he did appoint a successor and that was none other than Imam Ali (a.s). The Shia’ provide three different proofs for this belief:

There are a number of Ayat in the Holy Quran which prove the doctrine of Imamat as a divine selection:

1/1: “Verily, your guardian is (none else but) God and His Messenger (Muhammad) and those who believe, those who establish Prayers and pay the charity while they be (even) bowing down (in Prayers).” (5: 55).

The commentators of the Quran unanimously agreed that the Aya was revealed to the Prophet regarding Imam Ali, that whilst he was in Prayers, he offered his ring to a beggar.

The Ayah under consideration is one of the most powerful Ayat proving the Imamat of Imam Ali as the successor of the Prophet, and hence, I would like to draw your attention to the following main notes:

a) Chapter five of the Quran is the last chapter revealed to the Prophet of Islam. Therefore, its rules are not subject to any changing.

c) ‘Al-Ghadir’, written by the Late Amini, is a masterpiece in 11 volumes which deals thoroughly with the above Ayah. The author has collected the quotation of more than 100 companions of the Prophet, that the Ayah had been revealed on the occasion of Ghadir in which the Prophet appointed Imam Ali as his Successor.

Hadith, or the words of the Prophet, is the second proof of Shiites that Imamat is a divine appointment and not an election. There are so many Hadiths from which the leadership of Imam Ali as appointed by the Prophet can be proven. The following are a few of many:

Abu-Es-Haq in his Commentary of the Quran quoted from Abu-Dhar that: “One day a poor person came to the Mosque asking for help. Nobody helped him except Ali Ibn Abu Talib. Although he was praying, he did not hesitate to help the poor person. He pointed at his ring offering it to the poor man. The man accepted the ring and pulled it off of Ali’s finger. Upon that, the Prophet raised up his hands and said: ‘O my Lord! Increase my tolerance, ease my task for me… and give me a Minister from my family, Ali, my brother.’ ”(1).

As soon as the Prophet finished his supplication, the angel Gabriel descended to the Prophet with Ayah 55 of Chapter 5 of the Quran as mentioned above (2).

The Hadith is related to the second Aya mentioned in the last meeting. The Aya was revealed on the 18th of Thil-Hajjah in a place called Ghadir of Khom. The Prophet performed his pilgrimage to Hajj which happened to be his final Hajj performance in the year 9 AH. On the way back from Mecca, whilst being followed by hundreds of Muslim pilgrims, Gabriel came to him with Ayah 67 of Chapter 5. Upon the revelation, the Prophet ordered the caravans to stop around a pool named Ghadir of Khom. It was announced that the Prophet had a very important message to deliver.

The crowd surrounded the Prophet getting prepared to listen to his sermon. The Messenger of God delivered a sermon pointing out many important issues. When the sermon was nearly over he asked people if the Prophet’s guardianship on them is more than that of themselves? “Of course”, cried the crowd. Then the Prophet raised up the hand of Ali Ibn Abu Talib saying: “Whoever I am his/her master, this Ali is his/her master. O God! Love those who love him, and have enmity on those who have enmity on him. Help those who will help him and leave alone those who will leave him alone..”

After the sermon was over, the Prophet asked people to come and greet Imam Ali as ‘The Commander of the Believers’. Abu Bakr and Omar were among the first who came to Ali and greeted him saying: ‘Congratulations Ali! You’ve become our Master and the Master of the Believers’(3).

Al-Ghadir in the Book of Muslim

Muslim, in his Saheeh in the chapter of The Virtues of Imam Ali has quoted the story briefly. He quotes from some narrators who had met Zaid Ibn Arqam, a companion of the Prophet.

– “O Zaid! You have met a lot of fortunes. You met the Prophet. You heard his words. You fought with him. You prayed behind him. Such a blessed person you are. Please, tell us some of what you heard from the Prophet.”

– Zaid: “O friends! By God, I’m old and near to death. I’ve forgotten some of what I’ve heard from the Prophet. So, if you insist, just accept whatever I may tell you and do not force me to tell you more.”

1. It is clear that Muslim has summarized the Hadith.
2. The Hadith mentioned by Zaid must be of great significance, or he would have chosen something else.
3. The contents of the conversation between Zaid and the narrators is vividly the best proof that Zaid was not allowed to openly speak about the virtues of Imam Ali.
4. After all, the Hadith is dealing with Imam Ali, reason being, even the author Muslim has quoted the Hadith in the chapter of the Virtues of Imam Ali, despite the fact that his name is not explicitly mentioned in the Hadith.

It is quoted from the Holy Prophet on a number of occasions to have said about Imam Ali: “You are to me as Aaron was to Moses, except there is no Prophet after me.” (5). As we already mentioned, the Quran is introducing Haroon to us as the Successor of Moses and the Messenger after him. The Prophet has omitted the second type of relation, i.e. the Prophet-hood and confirmed the Succession.

Surely, when Allah selects one of His devotees as a Prophet or the successor of a Prophet, He only so chooses because of their unique qualifications. ” (Allah) said: My Covenant includes not the Zalimeen.” [2:124]. No one in the world could be compared with the unique qualifications that God bestowed upon the pure Family of the Prophet. The following are some examples of the preference of Imam Ali (a.s) over all other companions of the Prophet (P):

Imam Ali (a.s) never prostrated before any idol, whilst Abu-Bakr, Omar and Othman indisputably have been all worshipping idols sometimes in their lives. Eight years had passed since the rise of Islam and Omar was still an idolater! Even after embracing Islam, on various occasions, he questioned if the Prophet of Muhammad (P) was really a Messenger of God?! [For instance see Ibn Hisham, vol.3 p.331].

Imam Ali (a.s) was the Gate of the City of the Prophetic knowledge. But Omar did not even know the meaning of ‘Abb’ (80:31). Even Ayasha was more learned about the Hadith of the Prophet (P) than Omar [Bukhari, the Book of Jana’ez].

3. Jihad: “Allah has preferred in grades those who strive hard and fight with their wealth and their lives above those who sit.” [4:95].

Had the divine word of the Prophet regarding Imamat not been neglected, the Islamic Ummah today and throughout history would have had a different destiny. When in the beginning, the ordinary Muslims were allowed to carry the title of ‘The Commander of the Believers’, then, in less than one century after the appearance of Islam, tipplers carry the title too! The so called Commander of the Believers puts his clothes on his slave girl to lead the pray for the believers at a Mosque!!