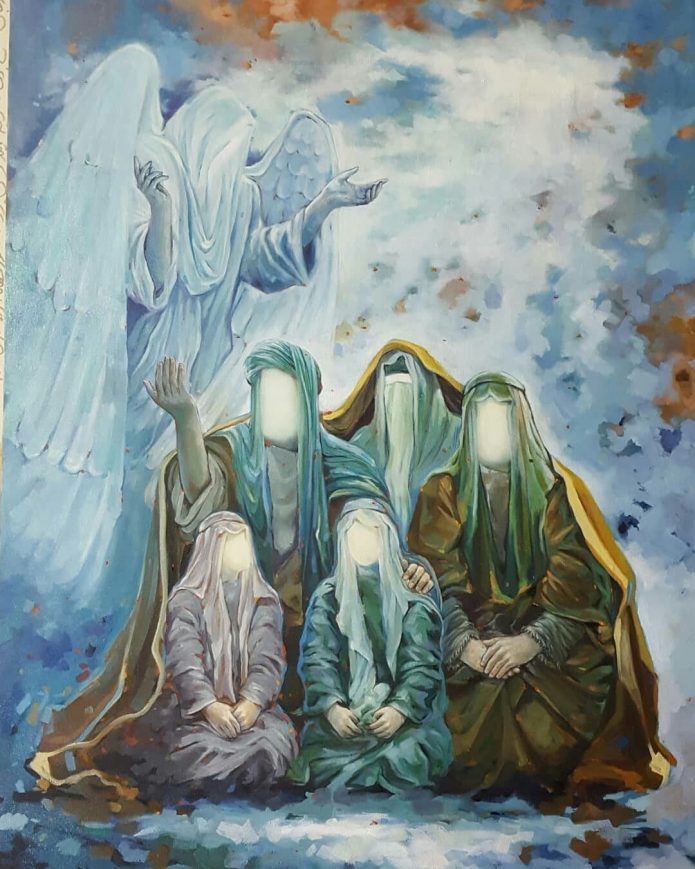 Can you please define the notion of the ‘Ahlul Bayt’?

There is the idea that the Ahlul Bayt are five (Muhammad, Ali, Fatima, Hassan and Husayn, peace be upon them all). Then we say, the ’12 Imams of Ahlul Bayt’. Sometimes, it is suggested that Sayyeda Zeinab (a.s) or Abul Fadl al-Abbas (a.s) are included. We also have a famous narration that the outstanding companion Salman al-Farsi or Muhammadi was part of the Ahlul Bayt: Holy Prophet (s): ‘Salman is from us, the Ahlul Bayt’.

So, it seems that the notion of the ‘Ahlul Bayt’ is characterised by both lineage and/or spiritual achievement?

According to Prophetic narrations the appellation of ‘Ahlul-Bayt’ (the Family of the Prophet) is a religious expression and has three levels of meaning:

All Muslims are quite unanimous that the first meaning of Ahlul-Bayt (a.s) of the Prophet (P) that is mentioned in Ayatu-Tathir (33:33) are: the Holy Prophet, Fatima al-Zahra (Prophet’s daughter), Imam Ali (Prophet’s successor and son-in-law), Imam Hasan and Imam Husayn (Prophet’s two grandsons, peace be upon them).

The Shi’a also extend the meaning to include the 12 Imams.

So, Ahlul-Bayt originally means ‘the five noble chosen members of the Prophet’s family including his holiness’. Then it is extended in all its meanings to include all 12 of the holy Imams. The common characteristic of all the 14 members of Ahlul-Bayt (peace be upon them) is that they are all divinely protected (العصمة).

2. The Most Pious Offspring of the Prophet (P):

The second level is the category of the most noble biological offspring of the Holy Prophet (P) whose piety and character were outstanding although not to the level of the first group.

3. The Most Practicing Pious Muslims:

The third meaning of ‘Ahlul-Bayt’ is used to refer to the most pious practicing Muslims throughout history. The meaning of ‘Salman is from us Ahlul-Bayt’ should be understood in this category. Al-Halabi asked Imam Sadiq (a.s) concerning the meaning of the above Hadith about Salman (may God be pleased with him). The holy Imam explained: