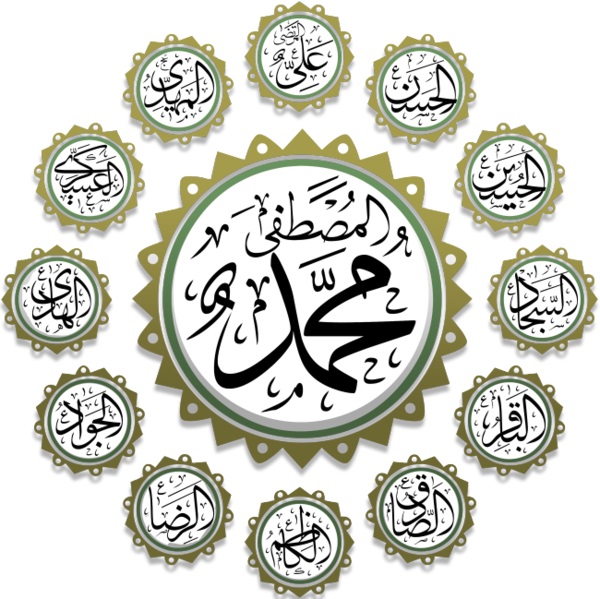 From one of your lectures, my understanding is that about 7 Imams of Ahlul Bayt (a.s) had African mothers, and that our Imams were deliberately marrying them to break the widespread racist thoughts and teach people that piety is what truly matters.

In our narrations, do we get a sense of the appearance of some of our Imams having black skin colour?

From my experience, I have never heard any narration that refers to any of our Imams as اسود or ‘dark-skinned’. Can you comment on this, especially as dominant popular imaginations and visual representations of the Imams represent them as being ‘Arab-looking’ in colour?

Let’s begin by noting that according to the teachings of the holy Qur’an we are all from Prophet Adam’s (a.s) family, and hence often the Almighty Allah (swt) addresses all humans as ‘children of Adam’ (e.g. 37:26). No human’s place of birth, skin colour or nationality makes him Islamically superior or inferior to others. Islam clearly proclaims that “the most honourable of you (humans) with Allah are the ones who are most pious” (49:13).

The indigenous Arabs of Hijaz (where our holy Imams are born) were normally dark skinned; a colour referred to in Arabic as ‘Asmar’ (brunet), as a result of prolonged exposure to the sun.

The mothers of seven Imams of Ahlul-Bayt [Imam Sajjad, Imam Kadhem, Imam Redha, Imam Jawad, Imam Hadi, Imam Askari and Imam Mahdi peace be upon them) were non-Arab. These particular Imams had African mothers, with the exception of Imam Sajjad (a.s) and Imam Mahdi (atfs). In fact, in addition to having African mothers, even some of the holy Imams (a.s) themselves are described as being dark skinned.

Apparently amongst all the Imams of Ahlul-Bayt (a.s), Imam Jawad (a.s) is more known for his dark skin. He is referred to in some narrations as

which means the one whose skin colour is different from his paternal ancestors and is much darker.

The late al-Kulayni reports a narration that some of the brothers and uncles of Imam Redha (a.s) denied Muhammad al-Jawad to be his biological son because “there has never been amongst us an Imam whose skin colour is so different from his paternal ancestors”! They thought Imam Redha (a.s) had fostered a slave boy! Finally, they engage an expert in physiognomy who could identify the biological traits of people by their common body language, and that expert confirms that Muhammad al-Jawad was Imam Redha’s biological son! Upon that Imam Redha (a.s) cries and reminds his brothers and uncles of a prophecy where the holy Prophet (P) had said about Imam Jawad (a.s): “How dear to me is the son of the most virtuous female slave[1], the son of a lady from Sudan whose breath is sweet and whose womb is divinely chosen.”

Similarly, Imam Hadi and Imam Askari (peace be upon them) were reportedly dark skinned.

[1]  The expression of ‘a female slave’ here may have two meanings; she was originally taken as a slave, and/or that she was a slave of God, which is a very honourable title in monotheistic religions.