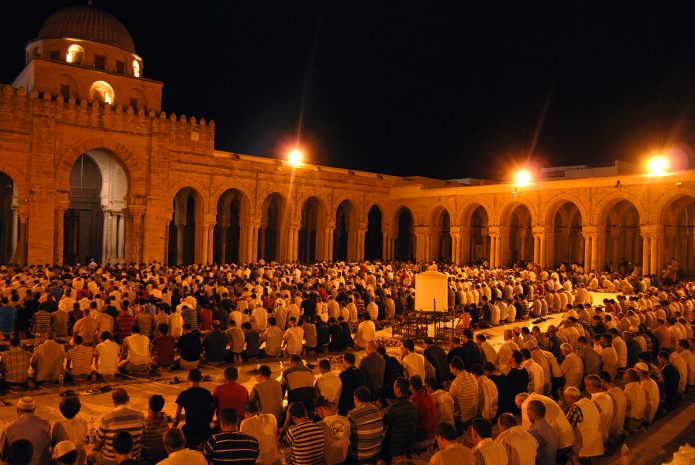 A video has been circulating around recently of a public speaker claiming that ‘Taraweeh’ was an innovation that Imam Ali (as) had initially forbade, but that once some of his people insisted, the Imam allowed them to practice it. Is this correct?

‘Innovation’ البدعة  (as opposed to ‘Prophetic tradition’السُّنة) in the religious context means: To add or omit a belief or a practice from Islam, and then claim that this is what Islam states, without any particular or general evidence to support the claim. If there is a specific evidence against the claim then innovation of the claim is more evident.

For example, driving a car is a modern innovation which obviously did not exist in the time of the Holy Prophet (S), yet it is not a religious innovation. This is because:

1) there is no prohibition regarding it, and
2) it falls under the general rules of permissibility of using transport.

On the other hand, offering Night Prayers congregationally (i.e. Taraweeh) is religiously-speaking an innovation, for there are specific narrations for its prohibition.

All Muslims, despite their disagreements over its examples, are unanimous that ‘innovation’ is forbidden in Islam, and its prohibition is one of the necessities of our religion. Both the Shiites and the Sunnis have narrated from the Holy Prophet (S):

“Every innovation is deviation, and every deviation leads to the Fire.”

1. What is Salat Taraweeh?

‘Taraweeh’ according to Sunni jurisprudence is a recommended prayer offered in the nights of the month of Ramadan. It consists of 20 Rak’at (units) which are offered in the form of 2 x 10 every night. Although according to Sunni jurisprudence, it can be offered individually or congregationally, it is commonly practiced congregationally. It is called ‘Taraweeh’, which literally means ‘rests’, because after every 4 units they take a rest.

2. Is Salat Taraweeh an innovation?

The Prophetic tradition is to offer the mustahab prayers individually. The Holy Prophet (S) forbade Muslims from doing Taraweeh congregationally. Therefore, offering Taraweeh congregationally is an innovation which according to the abovementioned narration is a deviation. In return, there is no problem in doing Salat Taraweeh – similar to other mustahab (recommended) prayers -individually. In fact, it is recommended to offer 1000 Rak’at prayers during the nights of the month of Ramadan. Unfortunately, Salat Taraweeh was innovated during the reign of the 2nd Caliph and was practiced over two decades.

Following the tradition of the Holy Prophet (S), Imam Ali and other Imams of Ahlul-Bayt (as) have explicitly forbidden Muslims from offering Taraweeh congregationally. Thus, there is a consensus among the followers of Ahlul-Bayt (a.s) on the prohibition of Salat Taraweeh congregationally. Nonetheless, the enemies of Ahlul-Bayt (a.s) fabricated some narrations and attributed them to Imam Ali (as), claiming that he has ordered or endorsed Salat Taraweeh during his government! All those narrations are weak and fabricated and do not meet even the Sunni requirements of a valid narration. Analysis of those narrations is beyond this discussion. You may refer to our course on ‘Sciences of the Hadith’.

4. Did Imam stop Taraweeh during his reign?

The time of the caliphate of Imam Ali (as) was one of the hardest periods in the history of early Islam. For the first time in history, three civil wars were imposed on Imam Ali (as).  During the periods of the previous Caliphs several innovations had occurred and were practiced for over two decades, among which was ‘Taraweeh’.  Imam Ali (as) had to stabilise the country from all the rebels on the one hand, and correct all the innovations occurring on the other. Undoubtedly, fighting the rebels was a paramount priority.

Shaykh al-Kulayni in an authentic narration quoted a long narration in which Imam Ali (as) listed numbers of innovations and how much he tried to stop Muslims from practicing them. As for ‘Taraweeh’ the holy Imam says:

“By Allah! I ruled that people should not offer any prayers in congregation other than obligatory ones. I informed them that offering the recommended prayers in congregation is an innovation. Then some of my soldiers who were fighting for me cried: ‘O Muslims! The tradition of Umar is getting changed as he (i.e. Ali) forbids us to offer the recommended prayers in groups.’ I was therefore concerned that part of my army revolt against me.” (al-Kaafi, vol. 8 p.63)

Yes, the late Ibn Idris (6th century A.H) narrated from the book of Ibn Qoulawayh that Imam Sadiq and Imam Baqir (peace be upon them) are narrated to have said that when Imam Ali (as) gave up on them he said:

“leave them to do as they wish. Let them choose whoever they wish to lead their prayers. He then recited the Ayah: ‘and whoever follows other than the believers’ way, We shall keep him in the path he has chosen, and burn him in Hell – what an evil destination.’ (Surah 4, Ayah 115).”

Unfortunately, the narration of Ibn Idris is mursal, as he has not mentioned his isnad (chain) to the book of Ibn Qoulawayh. However, that does not necessarily mean the narration is untrue, unless if it is inconsistent with other authentic narrations.

The late Ayatullah Khoei while accepting that the narrations of Ibn Idris are musral added: “There is no problem in relying on his book (i.e Ibn Idris) as long as its narrations are not inconsistent with authentic narrations.” (Mo’jamul-Rejal, vol. 15, p. 63)

5. Arbaeen Walk is a tradition (’السُّنة) not an innovation (البدعة)

Please refer to my other post to read the evidences why the ‘Arbaeen walk’ is a very much recommended and rewarding worshiping act. There is no single narration that forbids or discourages Muslims from walking to the holy grave of Imam Husayn (as), whether in Arbaeen or otherwise, and whether in a group or individually.

Therefore, there is no comparison between Taraweeh, which is an example of an innovation that ‘leads to the Fire’, and that of the Arbaeen walk, which is a well recommended act to refine the souls of the lovers of Ahlulbayt (as).