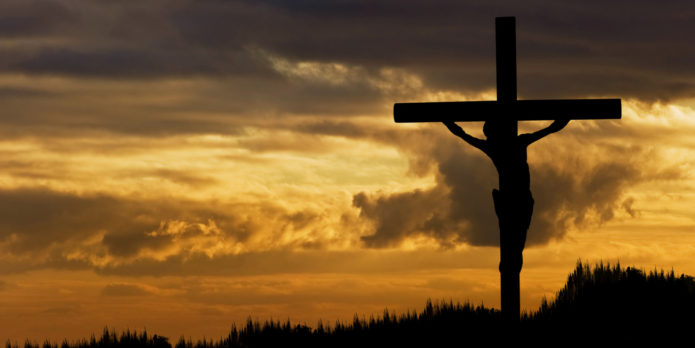 I would like to know what Islam (Holy Quran and Hadiths) says about the crucifixion of Jesus, which the Christians believe has happened?

The Quran strongly states that Jesus was not crucified or killed, but instead God raised him unto Himself. There is no statement in the Quran more explicit, emphatic and uncompromising in rejecting the dogma of a faith than this.

The holy Quran in its unique style denounces the crucifixion of Prophet Jesus, in Chapter 4 (Surah al-Nisa). Almighty Allah does so, along with the reasons why the Jews were reproached by Allah, as follows:

“And because of their saying: We killed Messiah, Jesus; son of Mary, the Messenger of Allah, but they killed him not, nor crucified him, but it appeared so to them, and those who differ therein are full of doubts. They have no (certain) knowledge, they follow nothing but conjecture. For, surely they killed him not. But Allah raised him up unto Himself. And Allah is Ever All-Powerful, All-Wise.” [4:157-158]

Nearly every single word in the above Ayah contains an emphasis on the issue.  Almighty Allah has even denounced both ‘the killing’ and ‘the crucifixion’ in separate terms to leave no room for any type of claim for the killing  of Jesus, whether by crucifixion or execution or hanging as claimed by the anonymous author of Acts of Apostles 5:29-30.

The Jews and the Christians believe that Jesus was crucified yet they disagree in that Christians maintain that Jesus was resurrected three days after his crucifixion. Thus, the Quran states: “those who differ therein are full of doubts”. [4:157]

According to the above Ayah it ‘so appeared to them’ to think that they killed Jesus. Imam Baqir (a.s) in an authentic Hadith narrated from him states:

“Verily, in the night that Allah had promised to raise Jesus to Him, Jesus invited his disciples, who were twelve men, to a house. Jesus came out to them from a corner of the house whilst he was drying his head from water. He then said: Surely, Allah revealed to me that He will raise me this time to Him and will clear me from the Jews, so which one of you is willing to have my image cast upon him to be killed and crucified and he will be with me in the hereafter? A young man from among them said: I (will accept) O Ruhullah! Jesus replied: So, you will be the one.” [Tafsir al-Qomi, vol.1 p.111].

For more information please refer to this book chapter I have written on the subject here.