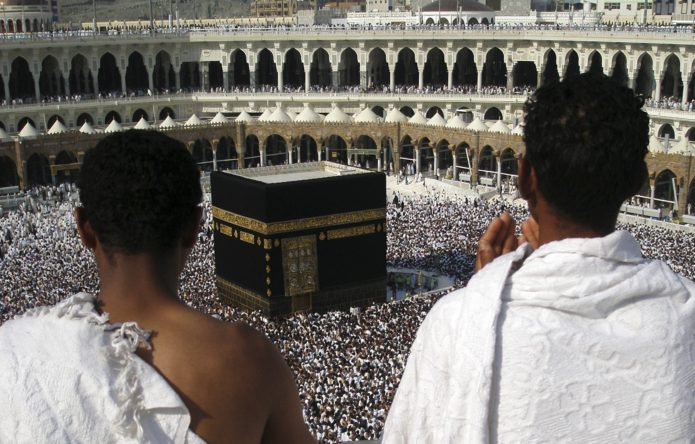 I am a new revert to Islam. I have read and heard bad things towards the black race within Shia Islam and even racism within the Shia community. What is the Islamic view on racism and what do Ahlul Bayt say about joking and being racist towards other races and nationalities?

Allah (swt) has based the superiority of an individual over others solely on taqwa i.e. piety, and not on race, creed or colour. The Holy Qur’an in Chapter 49, Ayat 13 says:

“O mankind! We have created you from a male and a female, and made you into nations and tribes, that you may know one another. Verily, the most honourable of you with Allah is that (believer) who has At-Taqwa [i.e. one of the Muttaqun (pious)]. Verily, Allah is All-Knowing, All-Aware.”

Allah (swt) does not tolerate any form of superiority that one experiences over another. The best example is Shaitan being dispelled from God’s kingdom of special mercy due to his arrogance and pride over Adam:

These teachings were also firmly established by all prophets. The seal of the Prophets (pbuh) showed his special affection for Salman Farsi of Iran, Suhaib of Asia Minor, and Bilal, a black Ethiopian slave, as the caller/announcer of the daily prayers. On the other hand, he rejected Abu Lahab (whose name means ‘Father of Flame’), his own uncle who was condemned by chapter 111 of the Holy Qur’an.

In terms of Islam’s view on joking and being racist towards other races and nationalities, the Holy Qur’an makes its stance very clear. See Chapter 49 again, Ayat 11:

The teachings of the Ahlul Bayt are identical to those of the Holy Qur’an.  Below are a couple of narrations from the Ahlul Bayt:

1) Imam ‘Ali, in his address to Malik al-Ashtar on appointing him as the governor of Egypt, wrote:

“Remember, Malik, that among your subjects there are two kinds of people: those who have the same religion as yourself and they are brothers unto you and those who have other religions than yours and yet are human beings like you … Let your mercy and compassion come to their rescue and help in the same way and to the same extent that you expect God to show mercy and forgiveness to you” (Nahjul Balagha).

“Whoso­ever possesses in his heart ‘asabiyyah (prejudice in any of its forms such as tribalism, racism, nationalism) even to the extent of a mustard seed, God will raise him on the Day of Resurrection with the (pagan) Bedouins of the Jahiliyyah (the pre‑Islamic era).” [Al‑Kulayni, al‑Kafi, vol. 2, bab al ‘asabiyah, p. 308, hadith # 3].

3) “Whosoever practises `asabiyyah (racism/discriminates against someone), God shall wrap around him a fold of Fire.” [Al‑Kulayni, al‑Kafi, vol. 2, bab al ‘asabiyyah, p. 308, hadith # 4].