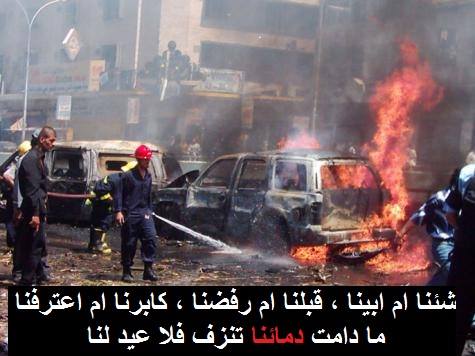 What is our duty towards the oppression of the Shia and occupied Palestine, which takes priority?

Question: In this time when countries with majority Shi’a populations are being attacked, what is our duty towards Palestine, and which issues takes priority?

What is important is to do what we can to help, whether it be in relation to Palestine or Iraq. The main priority is that we remain united and address both arenas, instead of competing as to which one should get more attention.

As far as our duty to Palestine, the following principles outline this duty.

1)      The Holy Quran obliges all Muslims to fight in the Way of Allah in support of oppressed Musim men, women and children:

The above mentioned Ayah is one of the references for Shi’a jurists throughout the history on the opinion of obligation of defensive Jihad whereat a Muslim land is occupied irrespective of the faith of its residents. Palestine is a Muslim land which is occupied by the enemies of Islam and hence it is the duty of all Muslims-irrespective of their nationality and denomination-to fight against the occupiers. This is a unanimously accepted Fatwa, thus since the occupation of Palestine our eminent Maraje’ such as the late Sayyid Muhsin al-Hakim, the late Sayyid al-Khoei, until the living ones including Ayatullah Sistani, have all agreed on.

2)      Sh. Al-Kolayni in al-Kaafi (vol. 2 p. 164) dedicated a chapter for ‘Significance of caring for Muslim affairs’. Here is only one of the narrations of that chapter:

“Whoever does not care about the affairs of Muslims is not from among them. Whoever hears a man calling ‘O Muslims (help me), and does not answer him, is not a Muslim.” (al-Kafi, v. 2, p. 164)

Surely, some Palestinians are Shi’a, and majority are Sunni, but they all give their testimony that there is no deity but Allah and that Muhammad is the Messenger of Allah, thus they are all Muslims. In addition, the end of the above Hadith makes Muslims responsible towards the call of any oppressed person which again includes Palestinians.

3)      Imam Ali (a.s) in his final will said to his sons Imam Hasan and Imam Husain (a.s): “Be the enemy of any oppressor and the supporter of any oppressed.” Surely, Palestinians are oppressed.

4)      It was the practice of our Imams (a.s) to share their food with the poor and the needy irrespective of their faith and when once one of the companions of Imam Sadiq (a.s) commented that the recipient was not a Shi’a, the holy Imam replied: “Had he been a Shi’a we should have halved our wealth with him.” Most of our aids to Palestinians are usually food, medicine and clothing. Our dear Imams would not avoid anyone on those items.

5)      We share common interest with Palestinians. Should we abandon Palestinians the occupiers keep expanding their map until they occupy Lebanon, and then Syria, Iraq and the list goes on. Thus, our common enemies divide us often by our denominations, or nationalities, etc. and naive or careless Muslims accept it. They attack Palestinians and tell the rest of the Islamic world: you are not Palestinian so don’t bother. Then attach Lebanon and tell the rest of the world: you are not Lebanese why should you care. Then attack Syria and Iraq and …

6)      Most of the Sunnis in Palestine follow Imam Shafe’i who was interestingly born in Gaza. Shafe’is are well known for their love for Ahlul-Bayt (a.s). Yes, there may be some ignorant Palestinians who denounce Shi’a as non-Muslims, but like some of our Shi’a- they are mentally oppressed by our common enemies. Remember when an ignorant Syrian came to Madina and insulted Imam Hasan (a.s), how caring and generously did our holy Imam treat him until he acknowledged the true leadership of the Imam?!

May the Almighty Allah wake up our Ummah from their winter sleep!