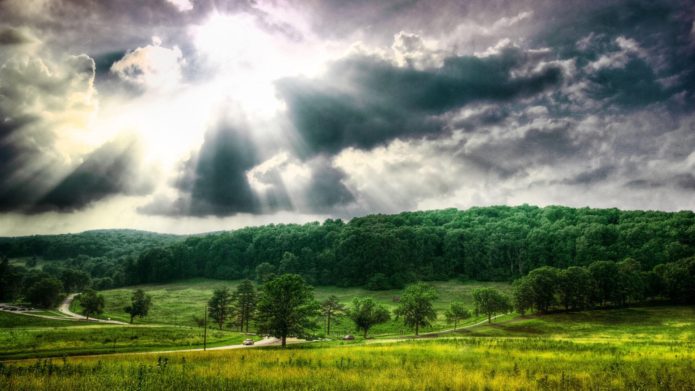 In your lecture “The glad tidings of Ahmad’ in the eHawza, you mentioned that there was no prophet/messenger that came between Prophet Jesus (a.s) and Prophet Muhammad (s). Is the world ever left without the presence of a divine representative?

“O people of the Scripture (Jews and Christians)! Now has come to you Our Messenger (Muhammad) making (things) clear unto you, after a break in (the series of) Messengers, lest you say: “There came unto us no bringer of glad tidings and no warner. ” But now has come unto you a bringer of glad tidings and a warner.”
Also, in Ayah 6 of Surah 36 we recite:

“In order that you may warn a people whose forefathers were not warned, so they are heedless”.
From the above and similar Ayaat, the majority of our scholars conclude that the era between the ascension of Prophet Jesus (a.s) and our Holy Prophet (s) was the era of Fatra (break in series of Messengers). That means during that period God had not sent any Messengers. However, as the abovementioned Ayaat negate the existence of ‘a messenger’ (who would come with a new Message and Scripture) some scholars – such as Sh. Sadooq and Allamah Majlesi – suggested that there have been prophets without any official and public missions. They rely on some narrations to prove their points. For example, Sh. Al-Kolayni narrated from an unauthenticated person called Bashir al-Nabbal that Imam Sadiq (a.s) is quoted to have said:

While Allah’s Messenger was sitting a lady walked in. The Holy Prophet (s) welcomed her, took her hand and sat her down and said: (She is) the daughter of the prophet Khalid Ibn Senan.” (al-kaafi, 8:342)

However, as these narrations lack authenticity there is no unanimity on this opinion.

As for reconciliation between the abovementioned Ayaat and the narrations that confirm the earth will never be vacant of any ‘divine proof’ we need to bear in mind that:

1. The ‘divine proof’ is not limited to ‘a prophet or a messenger’. Their successors are also divine proofs on earth.

2. Besides, ‘the proof of God’ does not have to necessarily live among people. Therefore, Imam al-Mahdi (atfs) has been the ‘divine proof’ for the last 1200 years while in occultation. All Muslims believe that Khidr (a.s) is alive and has been alive since and perhaps before the time of Prophet Moses (a.s). Thus, it is possible for Khidr (a.s) to be the ‘divine proof’ during that era. Imam Ali (a.s) says in the third sermon of Nahjul-Balagha:

“Yes indeed, the earth will never be vacant from ‘someone who stands for Allah’s sake with a proof’ whether he be apparent or hidden.” (Nahjul-Balagha, maxim 147)

3. Also, as Muslims we believe Prophet Jesus (a.s) was not crucified and is still alive though in a kind of occultation.