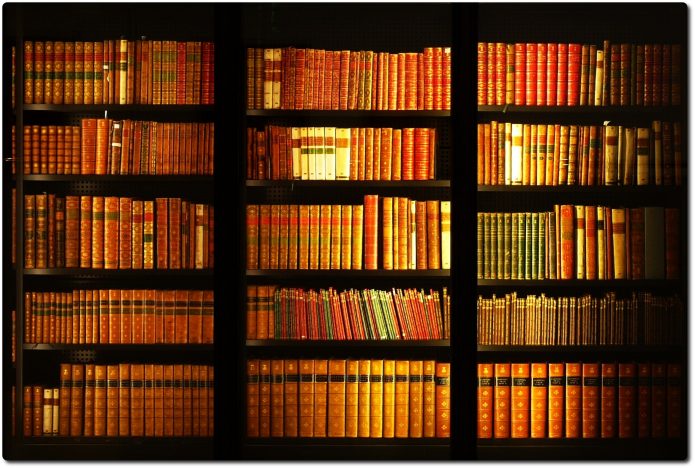 Some Shias celebrate a supposed eid called ‘Eid-e-Zahra’, which is said to be on the 9th of Rabi al-Awwal. The long hadith quoted below is used to legitimate the existence of this ‘eid’. Can you please comment on this?

We were quarreling about ibn Al-Khattab (Omar) and we became uncertain about him, so we travelled to Ahmad bin Ishaq al-Qummi (Imam Hassan Al-Askari’s companion) in Qum.

We knocked on his door, and a young Iraqi girl opened. We asked to see Ahmad bin Ishaq, to which she replied,

“He is busy with his festival (eid), for it is a day of celebration”

I said, “Praise be to Allah! The Shia festivals are four; Al-Fitr, Al-Ad’ha, Al-Ghadeer and Jomaa”.

She said, “Ahmad bin Ishaq narrates from his master Abul Hassan, Ali bin Mohammad Al-Askari, that this day is a day of Eid, and it is in fact the most blessed of Eids for Ahlul Bayt and their followers”

We then told her to inform him of our presence and seek permission for us to enter.

Ahmad bin Ishaq came to greet us dressed in a loincloth and perfumed with musk. We criticized his action, to which he replied, “Don’t worry, for I have just done ritual ghusl for Day of Eid”. We said, “Is it a day of Eid?” He replied in the affirmative. It was the 9th of Rabi al-Awwal.

He invited us in and when we were seated he said, “I went to visit my Master Abu al-Hassan in Samarra on the same day as this, 9th Rabi al-Awwal. He instructed all his servants to wear new clothes, and he was burning scented wood an incense pot.

I said to him, “May our fathers and mothers be a sacrifice for you! O son of the Messenger of Allah! has a day of celebration been renewed for Ahlul Bayt today?”

He said, “Is there a more sacred day for Ahlul bayt than this day, 9th Rabi Al-Awwal?

My father narrated to me that, on this day Huthaifa bin Al-Yamani went to visit my grandfather, the Messenger of Allah (saw) . Huthaifa said, “I saw Ameerul Moumineen and his children eating with the Prophet (saw). The Prophet (saw) was looking at their faces, smiling and saying to Al-Hassan and Al-Hussain, ‘Eat! Eat! enjoy the blessings and felicities of this day!, for it is the day that Allah will destroy His enemy, and the enemy of your grandfather;

It is the day Allah will accept the deeds of your followers and lovers;

It is the day the Divine words of Allah will be realized, ‘See, yonder are their dwellings empty and in ruins because they did wrong’ (27:52)

It is the day the pharaoh of Ahlul bayt will be annihilated, their oppressor and the usurper of their rights;

It is the day Allah will proceed to what they have done of deeds, and He will render them as scattered floating dust’.

I said, “O Messenger of Allah! Is there from amongst your nation and companions, he who will violate these sanctities?”

The Prophet said, “Yes Huthaifa, A tyrant from amongst the hypocrites. He will rule over them in a swaggering dictatorial manner and use deceit amongst my Ummah. He will bar the people from following the path of Allah and distort His Book and change my Sunnah. He will usurp my children’s inheritance and appoint himself as an authority. He will have the audacity to attack his Imam after me and will seize the people’s wealth in a way not prescribed and will squander it disobediently.

He will belie me and belie my brother and vizier. His will enviously appropriate my daughter’s rights. She will invoke God, and He will answer her prayers on a day like this”.

Huthaifa said, “O Messenger of Allah, invoke Allah to destroy him in your life time”

The Messenger of Allah said, “Huthaifa, I loathe challenging the decree of Allah, although I have asked Allah to give virtue to the day on which he perishes over all days, so that it becomes a practice observed by my loved ones and followers of my Ahlul bayt. Whereupon Allah, the Exalted, revealed to me saying,

“O Mohammad! You and your Ahlul Bayt will be afflicted with worldly calamities and adversities, also the oppression of the hypocrites and usurpers from amongst My servants whom you counseled, only to be betrayed by them. You were sincere towards them, yet they deceived you; you showed them kindness and they drove you away..

I will, by My power and might, open 1000 doors of hellfire from the lowest pits of hell and cast therein those who usurp the rights of your brother Ali. I will make an example of that hypocrite on the Day of Judgment, and like the pharaohs of all the prophets and the enemies of the religion, I will gather them and their companions in the Hellfire and therein they will abide eternally.

O Mohammad! Your vicegerent and companion will suffer much affliction from this pharaoh and usurper who will have the audacity to alter My words. He will associate with me a partner and avert people from My path. He will erect himself as the Golden Cow of your ummah and disbelieve in me. I have commanded My angels in the seven heavens, your Shia and adorers to celebrate the day I annihilated him on. And I have ordered My angels to praise Me and seek forgiveness for your Shia and adorers.

O Mohammad! And I have asked the Honorable Scribes (Al-Kiraam Al-Kaatibeen) to lift the Pen on that day and not to write any of my creations errors in honor of you and your vicegerent.

O Mohammad! I have made that day a day of eid for you and your Ahlul Bayt and their followers and Shia. I vow by My Glory and Magnificence that I will favor the one who celebrates that day with the rewards of the (angels) surrounding (the throne), and I will give him permission to intercede for close kin, and I will increase his wealth. And I will free, every year, on that day, thousands of your Shia, adorers and followers from the fires of hell and recompense their striving, forgive their sins and accept their deeds.

Huthaifa said, “the Prophet then stood and entered the house of Um Salama, and I left with no doubts in my mind about the second (omar). And I saw him after the death of the Prophet facilitate evil, disbelieve and apostatize, embark on the seat of authority (caliphate), manipulate the Quran, burn the House of Revelation (Fatima’s), innovate in the sunnah, reject the testimony of Ameerul Moumineen, belie Fatima – the daughter of the Messenger, usurp Fadak from her, satisfy the Jews, Christians and Majoos, and annoyed the apple of the Moustafa’s eye – never ever satisfying her. He changed the traditions and lay the groundwork for the killing of Ameerul Moumineen. He manifested injustice, prohibited what Allah had made permissible and made permissible what Allah had prohibited, slapped the face of Al-Zakiyya (Fatima), and oppressively and offensively ascended the pulpit of the Prophet, slandered Ameerul moumineen and opposed and nullified his opinion”.

Huthaifa said, “Allah answered the prayers of my master (Imam Ali) in relation to this hypocrite, and he was killed at the hands of (Abu Lulu) he who killed him, may Allah have mercy on his soul”.

Huthaifa continues, “I visited Ameerul Moumineen to pass on my felicities when that munafiq was killed and he said, ‘O Huthaifa, do you remember that day when you visited the Messenger of Allah when his grandchildren and I were eating with him and he pointed out to you the excellence of this day’”

I said, “Yes, dear brother of the Messenger of Allah”

He then said, “By Allah! Today is that day – the day Allah satisfied the children of the Messenger, and I am aware of many names for this day”

I asked, “O Prince of the Faithful, I would love to hear from you the names for this day – 9th rabi al-awwal”

Huthaifa said, “I got up and left Ameerul Moumineen, saying to myself, ‘If I do not succeed in achieving rewards for deeds other than those rewarded for this day, I would be satisfied”

Mohammad bin Abi Al-alaa and Yahya bin jareeh said, “Each of us got up and kissed the forehead of Ishaq and said, ‘Praised be the Lord for not taking our souls before honoring us with this blessed day – and we left his place and celebrated that day, and it is the Eid of the Shia”.

Thank you for bringing this to our attention.

This hadith is extremely weak for the following reasons:

1- The only person who has ever reported this hadith (and all others have reported from him afterwards) is not a very significant scholar of the eighth century, Ali b. Tawoos, who was the son of the famous Allamah Ali ibn Tawoos, may God have mercy on him. Note that the father and the son had the same name.

2- The book Zawa’d al-Fawa’id was a complement to the famous book of his father Iqbal al-A’mal on special acts of the days of the year. His father Ibn Tawoos did not report this hadith despite the claimed document from which his son reports being available to him as well.

3- This hadith contains a type of literature which is contrary to the literature of our Imams (a.s). It contains a historical error as well, since all historians have recorded the death of the Second Caliph in Zilhajjah. It is only due to this hadith that some Shi’as believe that he died in Rabi’ al-Awwal, otherwise no Shi’a historian has recorded the date as such.

4- None of the two men mentioned in the story are known scholars of hadith.

Subhanallah, could anything weaker than this be found in the books? Furthermore, could anything more important than the unity of the Ummah be demanded from us by the Holy Prophet (s) ? Where are we going?