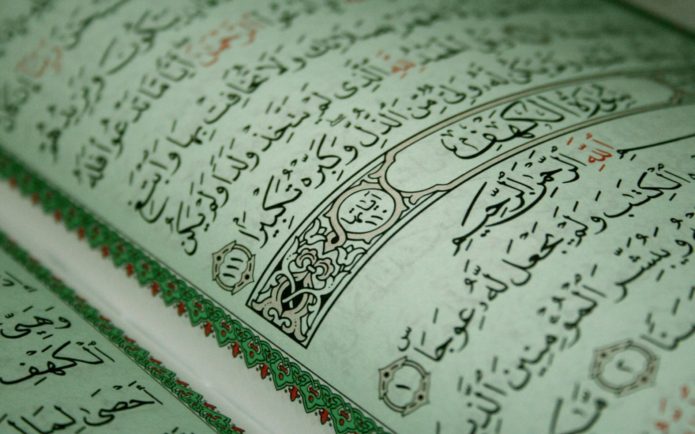 How can we prove the divine nature of the Holy Quran – that it was revealed to Prophet Muhammad and not man-made?

This question can be approached from two different angles. The first angle is to ask if Muhammad (s) was truly a prophet and not an imposter.

The answer for all three would be the same; the content of their teachings supported by miracles they performed, and reinforced by their character before and after their mission, convinced not only their companions, but billions of other people after them that they were truthful in their claims. Their message was from God because godly people could connect to it and realised its truth from the depth of their hearts. The hearts of the believers recognised their message and confirmed it.

The second approach is to look at the Quran itself. The greatest miracle of Prophet Muhammad is said to be the Quran. Why is that so, and why is it so compelling in its content and style that no man has ever been able to bring anything like it?

The following points are convincing evidence that the Quran is a heavenly book and is not written by man:

1) The content of the Quran testifies that it cannot be written by human capacity. Its spiritual appeal, its theological rationality, its cosmological description, the way it describes God, its prophecies – all of which came true, its historical accounts, and the amount of knowledge it provides about previous Scriptures are all outside human capacity.

2) The style of its literature was so miraculous that it could not be denied by anyone. Although the Arabia of that time was not an advanced civilization, but they boasted about their poetry and the style of their literature which was hardly found in any other language. Despite that, when the Quran was revealed it mesmerised the greatest poets and literatures of that time. In fact, the Quran challenged them that if they were in doubt about the divine origin of the Quran, they should provide one chapter like it. This challenge is still in place and is yet to be answered.

3) All these were provided by a man who had not read any book before, and until the end of his life could not compose even one line of poetry. The Quran coming from such a person is like asking someone who has never been to any school or university to design a spaceship with all its physical, meteorological, metallurgical, electrical, and electronic details.

4) Unlike the Old and New Testaments, which were written over a considerable period of time, the Quran was memorised and written during the lifetime of the Prophet Muhammad (s) and was provided as a written document to all Muslim territories shortly after him. Several manuscripts of the Quran have been discovered recently which are carbon dated back to the time of the Prophet or his Companions, which are identical with what Muslims read today as the Quran. This is another fulfilment of a Quranic statement which says: “It is We who sent down this Reminder and We will preserve it.” (The Holy Quran: 15:9)