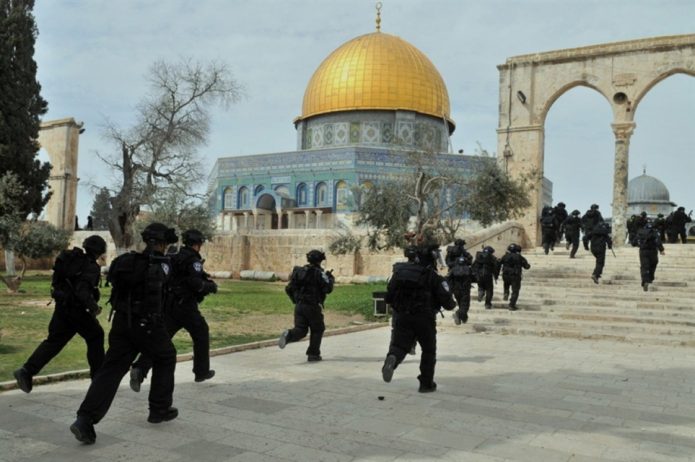 Should I support the Al-Quds Day event and participate in the rallies?

Some Shia brothers and sisters I know don’t attend it because they take a sectarian look. They view Palestinians as Sunnis before being Muslims. While other Shias I know say that their participation in the rallies will not change anything anyway.

What is the correct Islamic view on this issue?

Muslims who don’t support Al-Quds issues in one way or the other are either ignorant or cowards. An ignorant person can be educated but I don’t have any treatment for the coward who only gives lip service to Islam, and whose practice of Islam rotates around his/her worldly interests.

As for educating the ignorant people you may consider the following points:

1. Although the Middle East is the cradle of all divine religions, Islam including all its sects is definitely the most heavily represented religion in the region. Thus, the destiny of the region is interwoven with the destiny of Muslims.

2. The Middle East has a rich abundance of natural resources. It has the world’s largest deposits of oil in an easily extracted form, especially in the neighbouring Persian Gulf countries, such as Iran, UAE, Saudi Arabia, Bahrain, and Kuwait.

3. The western economy in general and the U.S. in particular rely greatly on foreign oil. Oil for the West is like blood for the heart, and the Middle East is its jugular vein.

4. It is possible that the occupation of Afghanistan with the excuse of overthrowing the Taliban is in fact related to American interests relating to Central Asian oil.

5. For the United States to secure control over oil and domesticate its military power in the region, the regime of Israel was illegitimately conceived in the Muslim land of Palestine in 1948. Moreover, pro-U.S. regimes were formed and attempts in preventing the formation of anti-U.S. powers or blocs have been on top of the U.S. foreign policy agenda. American hostility towards Iran in the last three decades is a prime example of that policy.

6. To expand its control from Palestine to the entire Middle East, the racist regime of Israel is on a mission towards ‘a Greater Israel’, the geographical definition of which is ‘from the brook of Egypt to the Euphrates’, comprising all of today’s Palestinian territories, Lebanon, Syria, Jordan, Iraq, Kuwait, Saudi Arabia, U.A.E, Oman, Yemen, most of Turkey, and all the land east of the Nile river, and hence the map of Israel is constantly expanding!

7.  The formation of Israel was only the start of a larger plot against Muslims and their territories. Its success or failure determines the rest of the story.

Conclusion: It is absolutely naive to think the issue of Israel is only a Palestinian Sunni issue. The destiny of the Shiites in Lebanon and elsewhere and the glory or the humiliation of the entire Muslim world depends on their stance on this issue.

Losing his hope in Arab leaders, the late Imam Khomeini (r.a) called upon the entire Muslim Ummah to wake up and take control of their destiny. They shall NOT leave it to their treacherous leaders, NOR shall they let their enemies divide them, or they WILL all be destroyed.

Please also consider a few jurisprudential facts in relation to your question:

1. Theoretically, the obligation of defending Islamic lands is an indisputable fact in Islam.

2. The Imams of Ahlulbayt (a.s) never allowed their followers to join the armies of their contemporary tyrant kings unless to safeguard the borders against invaders or to push back the occupiers. Imam al-Sajjad (a.s) used to pray for the frontiers of Islam irrespective of the denomination of Muslims living in those areas. Please see al-Sahifa al-Sajjadiya-Supplication No. 27.

3. Whenever a Muslim land has been occupied our jurists have been reacting to it by:

a) calling for Jihad against occupiers such as the Fatwa of Seyyed Mohmmad Kadhem al-Yazdi when the north of Iran was occupied by the Russian troops and the south by the British.

b) Encouraging Muslims – irrespective of their denominations – to stay united against the occupiers. The late Ayatullah Kāshiful-ghita (died in 1953), who was the teacher of the late Sayyed Mohsin al-Hakim, in one part of his famous Fatwa for the liberation of Palestine states:

“(The) struggle to free the occupied land of Palestine is not just the duty of Arabs and Muslims, rather it is a humanitarian duty as the common sense dictates. O’ Muslims! Wake up before the tanks of your enemies wake you up… I confidently assert that whoever stands by Palestinians against occupiers is in line with the Muslim soldiers in the battle of al-Badr.” (Nāsekhu-Tawarikh, vol. 1 p.298)