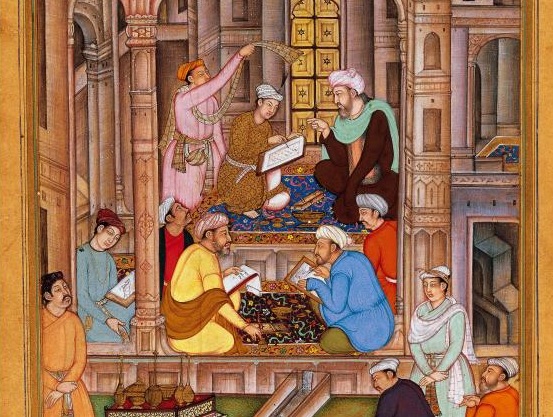 Some Islamic scholars argue that while advancements in science in the last two hundred years may have brought about great progress for many humans on the material level, this has come at the expense of spiritual progress and moral values. Do you agree with this?

Science is our means to understand the creation of God better. As the Quran is the spoken Book of God, the universe is the created Book of God. These two books which have the same author cannot go against each other.

The better we understand this created Book the more we recognize the power, the bounties, and the glory of God. Thus, science does not only not undermine faith, but rather it should increase our awe and reverence for God.

The more we explore the world of creation, the more harmony and knowledge we find in it. However, we should not forget that science does not itself create harmony, but rather finds the harmony placed there by God, and the more we advance in science, the more we learn about the omniscience of the Creator. He has left His fingerprint on everything.

The spiritual regression of the modern world is not due to the advancement of science. Rather, it is due to one or more of the following:

1- The arrogance created by modern technology which is a product of science.

The feeling of power and needlessness wrongly produced in us by modern technology has made man rebellious.

2- The greed for more and more, which has been galvanized by the production of wealth, which is unprecedented in the history of man.

3- The transgression of the western world in the past couple of centuries over the human race by enslavement, mass murder, and the plundering of other people’s wealth.

4- It should also be kept in mind that previous nations also rejected faith as soon as they achieved some power. Certainly, the situation of the modern world with respect to faith is much better than some of the previous people like the people of Noah who rejected faith en masse.