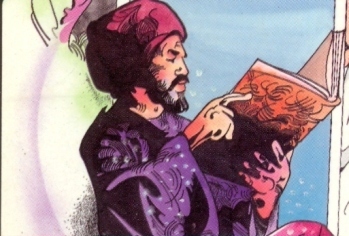 In the tafseer of Sura Takathur (Ayah 8), there was a discussion between Imam Sadiq (as) and Abu Hanifa, where the Imam (as) questioned Abu Hanifa on the following:

1. Which is the greater sin, murder or adultery? Murder requires 2 witnesses whilst adultery requires 4.
2. Which is superior, fasting or salaat? For women there is no qadha/kaffarah for salaat, whereas for fasting it’s the opposite.
3. Who is stronger, man or woman. In the tafseer it mentions that man has 2 shares whilst a woman has 1 (in inheritance)

Can you you please explain and elaborate further on this interpretation?

The purpose of Imam Sadiq’s (as) discussion with Abu Hanifa was to disprove to him on the use of analogy in religious matters. What the Imam (as) means is that man’s immediate judgment and logic cannot discover the laws of God without any textual reference.

For example, we may assume that murdering is more severe than adultery and hence more witnesses should be required to prove a murdering case, ignoring the fact that the wisdom behind requiring four witnesses for adultery is to make it more difficult to be proven. Adultery is a personal sin between two people and God, and the Merciful God prefers them to repent and move on with their lives without losing their reputation. Whereas murdering or killing an innocent person is uprooting someone’s generation, so to make it more difficult to prove would be unfair to the victim and his family.

As for praying and fasting, although prayer is the pillar of Islam, asking women to make up for the prayers from their menstruating days would be too difficult as they would have to do it every month, whereas fasting is only an annual practice. Thus, the wisdom of the rule is not based on which one is superior, rather it is based on practicality of making them up.

As for inheritance again the rule is not based on who is stronger or more superior, rather it is based on who has more financial responsibility.

In a nutshell, when the Imam (as) says: which one is ‘greater’, ‘superior’ and ‘stronger’ he means in our immediate judgment assuming those laws are based on superiority, greatness or strength!