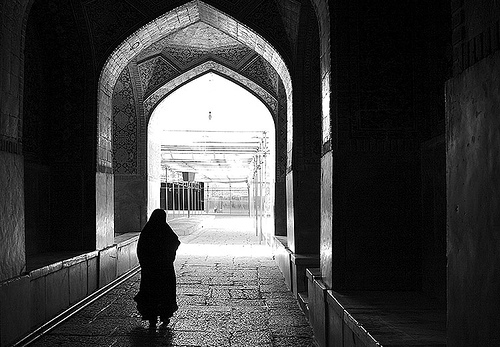 Question: Did Fatima al-Zahra threaten to take off her Hijab after the attack on her house?!

What is narrated from Imam Sadiq (a.s)-without any authentication as the chain of its narrators is not mentioned- is that Lady Fatima (s.a) said:

“Surely if you do not leave him (Ali) alone, I will certainly dishevel my hair and for sure put the shirt of the Messenger of Allah on my head and will certainly cry to the Almighty Allah (in curse them)”

“Disheveling” the hair (opposite of platting it)  in Arabic is a metaphor for the one who is in a great catastrophe and pleads to God. Nowhere in the text it says about her taking off her Hijab, especially the fact that at least Salman (r.a) was very close to her, as mentioned in the story. In fact, it clearly states that part of her threats was ‘to put the shirt of the Prophet (P) on her head’ while this is also a sign of her very close relation to the Messenger of Allah (P), it clearly indicates that she never threatened to take off her Hijab.

Even an ordinary pious woman would never threatens to commit a mortal sin (of taking off her Hijab before non-Mahram) when fighting for justice! Fatima al-Zahra is the one who did not remove her Hijab even before a blind person.

In general, I disagree with sharing such unauthenticated stories especially without a proper explanation. It can be well misunderstood by the general public and could even give a wrong image to our young girls that as if when you want to get out of a trouble you can threaten to take off your Hijab!