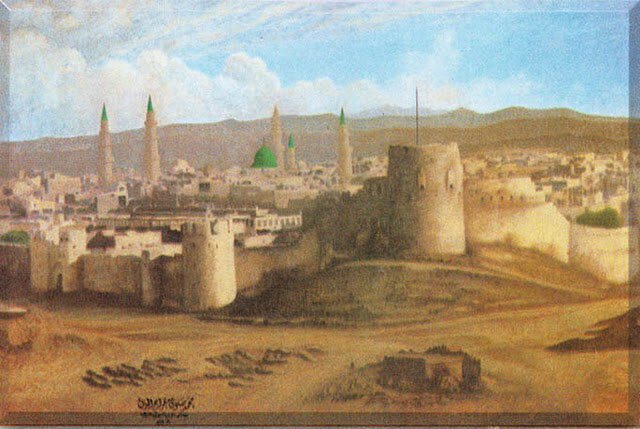 Can you please explain the event of the massacre that Yazid’s troops committed in Madina? I am interested to know more about the background behind it.

The event of Harreh ( The massacre of Madina):

All reliable historical sources have narrated this tragedy which took place almost 3 years after Ashoora.

One of those who revolted was Abdullah, son of Handhaleh (the one who was ‘bathed by the angels’, see footnote 19). Upon receiving the news of Karbala, he paid a visit along with a delegation from Madina to Damascus, the capital of Yazid.  From what he had then observed in Damascus, he reported that the extent of the corruption had gone so far that he wouldn’t be surprised if the sky rained stones in Damascus. As a result, upon his arrival in Madina, he mobilized an army against the government.

He captured the House of the then Governor in Madina,Othman Ibn Mohammad Ibn Abu-Sofyan, and deported him from the city and declared autonomy. By doing this, the first capital of Islam was released from the influence of Bani-Ummaya. However, as soon as the news was reported to Syria, Yazid dispatched one of his most vicious and murderous officers named Muslim Ibn Aqabeh (20) along with his troops which consisted of 5000 soldiers to suppress the revolt.

Despite a heroic defense from the people of Madina, the barbaric troops of Yazid ultimately conquered the city.  According to Mas’oodi, the famous historian, several people including Bani-Hashim and the companions of the Prophet (s) were killed.

In short, Yazid had permitted his troops to enjoy their total freedom for 3 days in Madina; total freedom to violate the rights of women, damage and steal from property and kill anyone they pleased. Tens of pages in the history of early Islam consist of descriptions of the Massacre of Madina.

Ibn Taqtaqi, in ‘the history of Al-Fakhri’ (7th Century A.H) describes this bitter part of Islamic history as:

“During those 3 days, hundreds of the Companions of Allah’s Messenger (P) were killed. The troops of Yazid raided Masjidul-Nabi and polluted the mosque. Around 900 girls were raped. For many years, the people of Madina would not be able to guarantee the virginity of their daughters when marrying them.”

(19): Handhaleh, the father of Abdullah was among the martyrs of the battle of Ohod who had just married one night before the battle. Since he had directly gone from his wedding night to the battle without having his ritual bath done, the Prophet gave him the title of ‘being bathed by the angels’. Abdullah, his son, was the only child he left behind as a result of the one and only communication he had with his wife.

(20): Due to his numerous crimes, some historians have named him ‘Mujrim’ (meaning criminal) instead of ‘Muslim’