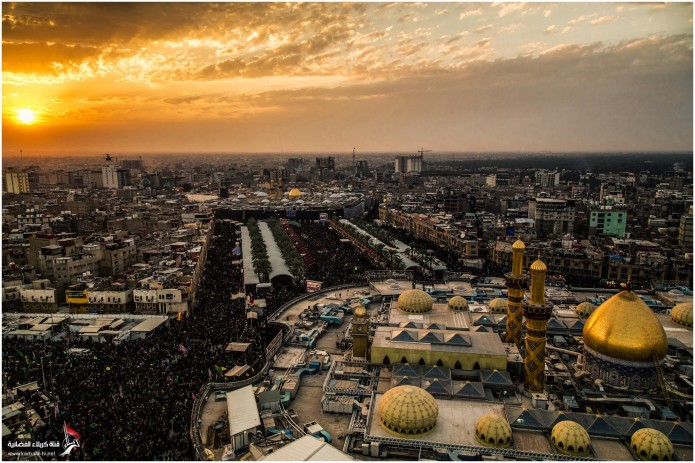 Can one blame the Shia’s for killing Imam Husain (as)? Who is responsible for this tragedy of killing the grandson of the Prophet?

1. This claim is self-contradictory! Shi’a means ‘follower’. How could one follow a leader but fight against him? A follower fights for his Imam, not against him.

2. Almost all historians have reported that when Imam Husain (a.s) left Mecca to Kufa, Yazid wrote a letter to the governor of Kufa, Obaydullah Ibn Ziad, ordering him to ‘either behead (Imam) Husain or take him as a slave!” and Ibn Ziad killed the Imam and sent his head to Yazid. (al-Zahabi, vol 3. P.305). Therefore, Yazid is the main perpetrator of the tragedy of Karbala.

3. Most of those who fought Imam Husain (a.s) in Karbala had come from Kufa. However, it is not true that most of the Kufans at that time were Shi’a.

Ibn Abil-Hadid, the famous Sunni historian reports: “Mo’awiyah declared an announcement that whoever narrates a Hadith on the virtues of Abu-Torab (i.e. Imam Ali (a.s)) and his family, his blood is not respected. This rule cost the Kufans the most, as there were many Shi’a residing in Kufa. Mo’awiyah appointed Ziad Ibn Abih as the governor of Kufa to kill the Shi’a of Kufa or send them in exile. As a result, most of the renowned Shi’a left Kufa.” (Ibn Abil-Hadid, vol. 11 p.44). The above incident took place almost 7 years before the tragedy of Karbala.

4. Here are the names of the most famous murderers of Karbala: Omar Ibn Sa’d, Shimr Ibn Ziljoshan, Shabath Ibn Reb’ee, Hajjar Ibn Abjad, Amr Ibn Hajjaj, Harmala Ibn Kahel. These are among the people who when Imam Ali (a.s) opposed Salat al-Tarawih to be held in congregation (during his reign in Kufa), they opposed the Imam and cried: “Tradition of Umar (is being ignored!), tradition of Umar (is being ignored!” (Ibn Abil-Hadid, vol. 12 p.283). Would you call such people Shi’a?!

5. I think the best person to answer that question is Imam Husain (a.s). He never referred to the criminals of Karbala as his followers or ex-followers! Rather he called them the Shi’a (followers) of the children of Abu-Sofyan:

On the day of Ashura when the holy Imam saw that they are intending to raid his tents, he shouted at them: “Woe to you O’ Shi’a (followers) of the children of Abi-Sofyan! If you do not adhere to any religion nor fear Resurrection Day, then (at least) act manly in your worldly affairs.” (al-Kharazmi, vol.2 p.38).

6. The murderers of Karbala also never introduced themselves as the lovers of Husain (a.s). They rather said: “Surely, we fight you for our hatred towards your father”! (al-Qondoozi, p.346). They also called Imam Husain (a.s) a liar!: “O Husain, O liar son of a liar!” (Ibn Athir vol.4 p.67).

8. The late Seyyed Mohsin al-Amin very correctly said: “God forbid! That the murderers of Imam Husain (a.s) be his Shi’a. Some of those who killed the Imam were people of greed with no real faith, some had allegiance to the evil-doers, some just followed their chiefs who were allured by the love of Donya, but there were no Shi’a or lovers of Ahlul-Bayt among the criminals of Karbala.” (A’yanu-Shi’a, vol. 1 p.585).