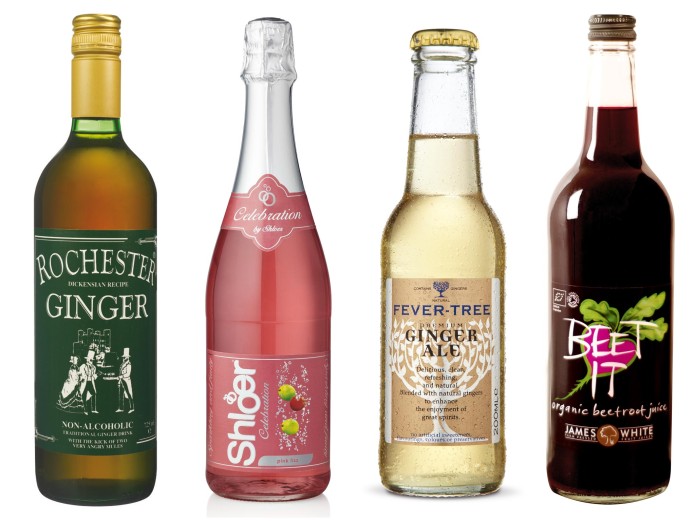 Can you please comment on alcohol, wine, beer, & so-called non-alcoholic drinks from an Islamic perspective?

1. In English we usually refer to alcoholic beverages such as wine and beer as ‘alcohol’. However, we should remember that there is no Ayah or Hadith about ‘alcohol’. What we have is about ‘wine’ (‘al-Khamr’ in Arabic) and ‘beer’ (‘al-Foqqa’’ in Arabic). Yes, because alcoholic beverages (wine and beer) contain alcohol – which is ‘ethanol’ (C2H5OH) – our jurists hold discussions over whether the title of ‘wine’ or ‘beer’ as mentioned in the Qur’an and Hadith apply to ‘alcohol’ as well or not? Please keep in mind that traces of alcohol (ethanol) naturally exist in fruits, fruit juices, and bread, usually in quantities less than 0.1%. So our jurists differentiate between alcohol on the one hand, and wine or beer on the other. Their argument is that what is forbidden in Islam is wine and beer.

2.The famous fatwa is that there are two conditions to rule a drink as intoxicating and hence haram (forbidden):

The second condition relates to whether a big quantity of the liquid is intoxicating or not, rather than the percentage of alcohol in it. Here is the general Hadith: (anything which when consumed in a large quantity causes one to become drunk, then the consumption of a small quantity of it is also haram)

For example, natural alcohol in fruits and bread do not meet any of these conditions. They are not originally liquid, nor are large quantities of it intoxicating. No matter how many loaves of bread or apple you eat, you will not become intoxicated. Likewise, if a drink is categorised as a ‘soft drink’, and no matter how much of it you drink you will not become intoxicated, then that drink is not haram (forbidden), for it is not intoxicating even if there is naturally a miniscule level of alcohol (ethanol – not wine or beer) in it.

Regarding the first condition of the fatwa, ‘it is originally liquid’, it requires some explanation to avoid causing confusion. By saying ‘originally liquid’, our jurists mean to exclude narcotic drugs or any herb that may be intoxicating. They are not najis (Islamically impure) as no herb is najis, although they are haram (forbidden) for other reasons.

Wine and beer are haram primarily because they are intoxicating. The type of intoxication in drugs is different and hence our jurists prove their prohibition in a different way. So what is the reason for the condition of ‘originally liquid’? It is because the narrations say: ‘any intoxicating drink (liquid) is haram’. Thus this condition is to make sure that no one thinks that if they freeze some wine, it will no longer become haram. No, it remains haram because originally (before freezing) it is a liquid.

3. Please see the below fatwas from the official websites of the Leader Ayatollah Khamenei (with my English translation from the original Farsi) and Ayatollah Sistani (in English):

In Q. 308 he is asked: There are some drinks in the local market such as Coca-Cola and Pepsi. It is said that their main ingredients are imported from overseas and they might possibly contain alcohol. What is the ruling on it?
His answer: It is Tahir (Islamically pure) and Halal (permissible), unless an individual is certain that it contains intoxicating alcohol that is also originally liquid.

Also towards the end of that page his Eminence is asked: In the West some alcohol-free beer is made, yet still there is a miniscule level of alcohol in it like 0.10%, but those drinks are definitely not intoxicating. It is worth mentioning that the alcohol in such drinks are not injected into it (like pouring some wine or beer into it), rather it has been naturally made through the fermentation process.

His Eminence replies: Such beer is tahir (Islamically pure) and halal (permissible).

b. Ayatollah Sistani: According to his eminence all types of alcohol (ethanol and methanol) are tahir (Islamically pure), although not necessarily halal (permissible). If the percentage of natural alcohol in food or drink is so minute, then he also regards that food or drink halal (permissible) as well. His Eminence regards wine and beer (as mentioned in the Qur’an and Hadith) as different from alcohol, even though they contain alcohol.

Please see the following Q &A from the English section of his official website: (Questions 4 and 10) http://www.sistani.org/english/qa/search/3795/

Question 4: Alcohol is used in the production of many drugs and medications: Is it permissible to take them? Are they considered pure (tãhir)?

Answer: They are pure; and since the alcohol used in them is so minute such that it dissolves in them, it is therefore permissible to take them also.

(Please note that the basis of this fatwa is not due to the medical treatment. (His Eminence even allows the drinking of wine if completely necessary for treatment purposes.)

Answer: If it is not intoxicating, there is no objection in it; you can buy and eat it.