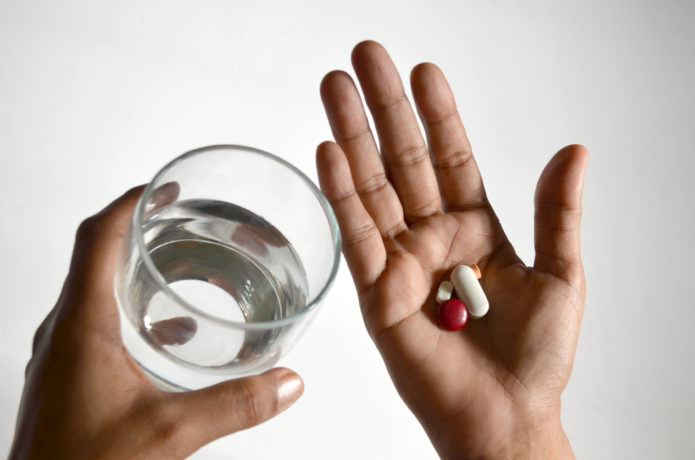 I am speaking on behalf of my mother. She still has to fast some days from Ramadan that she missed in the past. She is now chronically sick  so she has to take her medicine every day (10 times). During the month of Ramadan she didn’t take her medicines because she felt strong enough to manage without them. But now she has to take a higher dose and it is not possible to skip that much. This will indeed have an impact on her. My questions are:

– How does she compensate this? Does she have to give a certain amount of money (and how much or what percentage)? I live in a wealthy western society so it is quite hard to find a real “poor” person.. maybe this could be compensated with giving some money?

– And finally, my mother doesn’t have a monthly income because she doesn’t work. If she has to pay something, does she have to pay it from her own possessions?

The famous opinion among the scholars is that a person who cannot fast due to extreme hardship (as in the case of your mother) and is not expected to recover later should not fast, and should instead pay fidyah (expiation) of one ‘mudd’ of food. A ‘mudd’ of food is 750 grams of ordinary food that a person may eat (e.g. bread, rice). If you are living in a country where you cannot find a poor person, you should approach your local scholars or Islamic centre who may be able to transfer the money for the food overseas and organise for it to reach a poor and needy person.

The Fidyah does not have to be from her own wealth. Her husband or children can also pay for her. However, in case she is poor then saying Istighfar (‘Astaghfirullah Wa Atoobo Elayh’ even once for every day) will suffice.

An authentic narration of Abdullah ibn Sinan reads: “I asked him (peace be upon him) about an elderly man, who has become too weak to fast the month of Ramadhan. He (peace be upon him) said: ‘For every day (that he does not fast) he should pay as charity an amount that would feed a poor person.”

For more info. on Fasting: 28 FAQs on Fasting in Month of Ramadan